Dreams during pregnancy have been given special attention by many cultures throughout the world. For example, members of the Tlingit tribe in North America believe in reincarnation, that deceased individuals are reborn into a new body.

A French anthropologist in the 1800s noted, “It happens often that if a pregnant woman sees in a dream some relative long deceased, she will declare that this same relative has returned in her body and that she will put this person back into the world.”

Maya, mother of the Buddha, reportedly dreamed that a six-tusked white elephant ran, trumpeting loudly, into the palace. It circled her bed three times, then plunged into her womb through the right side of her rib cage.

Upon awakening, she claimed that the dream was an omen that her child would bring a special gift to the world.

The birth of Alexander the Great was said to have been presaged by dreams from both parents. His father, King Philip of Macedonia, dreamed of seeing an imperial seal with the figure of a lion on his wife’s abdomen.

Queen Olympias dreamed she was sleeping with Ammon, the horned god of Libya.

Later, she used this dream as proof that her son was a demi-god, and that Philip was not Alexander’s actual father.

When pregnant with Augustus Caesar, Atia dreamed that her intestines were being carried up to the stars and stretched over all lands and seas. This was supposedly an indication that her child would rule a great empire.

In Christian scripture, the New Testament reports that Mary’s husband, Joseph, dreamed that an angel told him that his wife would “bring forth a son [who] will save his people from their sins.”

Why Pregnancy Dreams Are Different Than Other Dreams 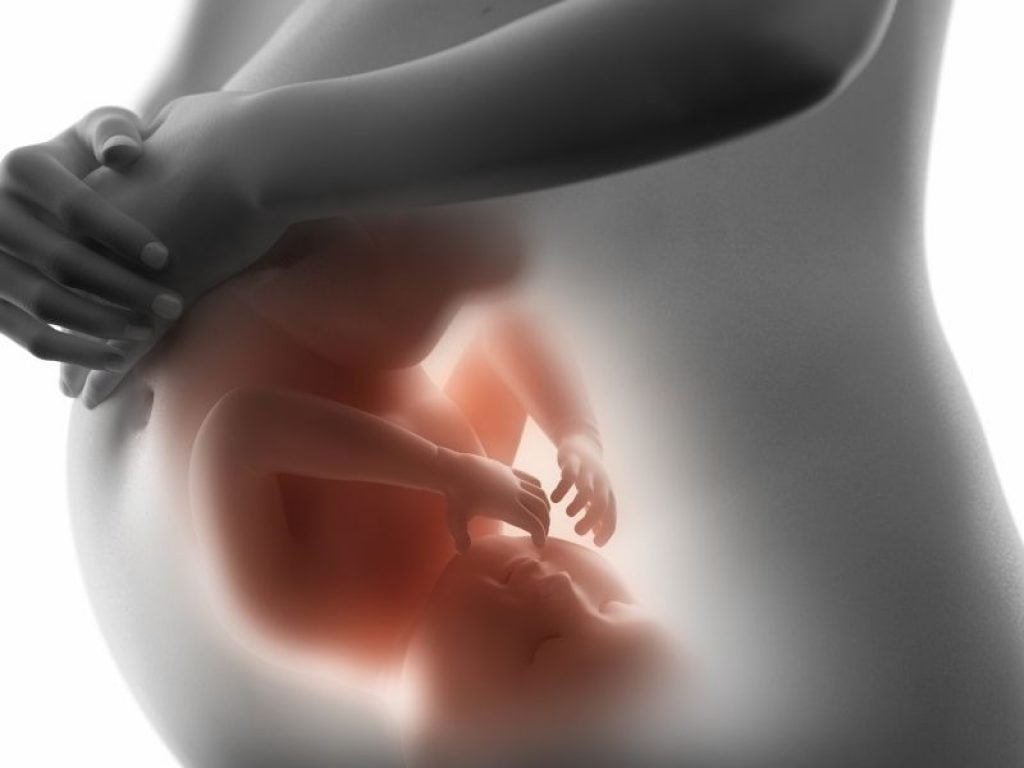 Patricia Maybruck’s research has convinced her that all three of these factors work together at various times during pregnancy. Hormonal upsurges during pregnancy contribute to a greater variety and intensity of emotions while the pregnant woman is awake.

Pregnant women may experience episodes of depression and euphoria, mood swings, and outbursts of crying, especially during the first trimester of pregnancy.

This high degree of emotionality could be mirrored in the pregnant woman’s dreams, and may account for many of their vivid images and colorful narratives.

In addition, pregnant women rarely have a night of uninterrupted sleep, especially during the last trimester when the pressure of the enlarged uterus on the bladder necessitates frequent trips to the bathroom.

Furthermore, dream research has repeatedly demonstrated that most dreams tend to reflect the dreamer’s concerns and experiences during waking life. Pregnancy is a time of change and transition, hence differences in dream content would be expected.

These changes may also affect expectant fathers. Their dreams often reflect such concerns as: Will I be displaced in my wife’s affections? Will my wife and baby be physically healthy? Can I support my child financially? Can I nurture my child emotionally?

By recognizing and discussing the possible implications of their own personal dream themes, expectant mothers and fathers can enrich the transitions they are both experiencing.

Many psychotherapists and obstetricians are beginning to encourage expectant parents to discuss their dreams. Their concerns about health, delivery, and childrearing can be acknowledged and confronted.

Once dreamers face these fears directly, they report fewer nightmares and a greater sense of well-being. A discussion of dreams can accompany classes in natural childbirth as well as programs in prenatal care. Such discussions can reduce or eliminate the need for drugs to reduce tension and anxiety during pregnancy and enable the expectant mother and father to await the birth of their child with greater joy and with less apprehension. Pregnancy dreams are one area in which dream reports can be put to practical use.

Freud noted that the seal-like creature resembled the dreamer’s younger brother, to whom she had always been like a mother. He also conjectured that the subterranean channel and the water symbolized the birth canal and the amniotic fluid.

A number of studies indicate that dream content changes remarkably both during menstruation and during pregnancy.

Changes in Dream Imagery during Pregnancy

Each trimester of pregnancy is accompanied by different physical changes, both in the fetus and in the mother’s body; these changes can be reflected in dream reports if the pregnant woman or expectant father keeps a dream notebook.

Dreams can help the expectant parent understand and appreciate the pregnancy process, and his or her own reaction to it.

During the first trimester, dreams about obstetricians and the dreamer’s body image are common for some expectant parents, especially during the first pregnancy.

One woman had a Japanese obstetrician; she dreamed that when he arrived to deliver the baby, he was dressed in a traditional Japanese robe.

Once in a while, these dreams may contain romantic fantasies on the part of the woman and references to jealousy on the part of her husband or partner. This is not unusual, because the obstetrician examines the most intimate parts of a woman’s body.

Dreams during the first pregnancy may contain fertility symbols. These dream images may be flowering gardens containing fruits and vegetables. One woman dreamed of a bowl filled with papaya and mangoes. Cuddly animals, birds, and fish might begin to appear in pregnancy dreams at this point.

One woman dreamed, “I am holding a white rabbit under my arm, and I am stroking it.” Another woman dreamed, “I have two little swans, and I know they will swim into the sunlight and become human babies.” Architecture may appear, especially rooms, tunnels, and other features symbolizing the uterus and the birth canal.

If a pregnant woman decides to have an abortion, she might dream about that process at this point. Abortion dreams often contain hospital scenes and medical instruments. If a woman or her partner is considering abortion, their dreams may contain metaphors for feeling trapped, being overburdened, or looking frantically for a solution to a problem.

During the second semester, personal myths about one’s adequacy as a future parent may appear in one’s dreams.

Sometimes, these take the form of unresolved issues with the dreamer’s own mother. In addition, babies appear more often, replacing small animals for many pregnant dreamers.

Around the sixth month, when expectant mothers feel the movement of the fetus, dreams about infants may increase dramatically.

Symbols for the pregnant woman’s body may be more pronounced than during the first trimester, and appear in the form of houses, boats, cars, and trucks. There also may be dreams about fertility—gardens, flowers, and fruits.

n the third trimester, dreams often try to decipher whether the baby will be a boy or a girl.

During this final trimester, the personal myths concerning the changes in the couple’s relationship can also be detected in dreams of both expectant mothers and expectant fathers.

The content of these dreams may reflect on how the relationship will change once the baby is born.

The Hidden Meanings of Your Dreams:

Physical
You are exploring the idea of becoming pregnant, or are pregnant. You are taking responsibility for another person or animal. Something new is gestating and about to emerge in your life. Miscarriages and aborted pregnancies mean you aren’t ready for a new phase of creativity or lack the energy to complete a project. You are ready for an increase in your income.

Emotional
You feel anxiety about being alone, or about being crowded and responsible for others. You feel stuck and impatient, waiting for something to happen.

Spiritual
You are focusing on what’s original about yourself, what you want to create, and what ideas are becoming interesting to you.
Related Articles

What does it mean to dream of a fish tank?

Four Things That Can Cause Nightmares

Helping Your Child Get Rid Of Bad Dreams

Do Your Dreams Need Anger Management

This site uses Akismet to reduce spam. Learn how your comment data is processed.

For a woman, this dream forecasts a happy increase in material wealth, but for a man, it is a warning against indiscriminate sex relations.

You are formulating a new idea, project, or direction in your life. A pregnancy represents the appearance of something new on the horizon. All ideas, changes in direction, and physical shifts must first be created in the vat of ideas within the mind. Everything that we create in life is first felt as the spark of a new thought.

To dream of pregnancy is to be connecting powerfully to this part of the creative process. Consider that something in you or your life is about to change dramatically.

Dreaming of pregnancy is not relegated to women alone – men will often dream of being pregnant. Many men report such dreams when their significant other is literally preparing to give birth, and in the dream world, this represents the dramatic change of life that is about to take place as fatherhood descends upon them. Shame or fear of being exposed as pregnant because it is unwanted connects to uncertainty of how the shift in you may be perceived by others in your life.

If the term of the pregnancy is clear in the dream, you might want to consider what was going on in your life at the time conception would have been likely.

Dreaming you are pregnant can mean that you really are pregnant! Many women claim to have dreamed about their pregnancy before they knew for sure. This dream can also symbolize a strong desire for pregnancy, especially if you are currently trying to become pregnant.

If you dream your mother or sister is pregnant, this could represent your own pregnancy or desire for pregnancy. Or you could be predicting—that is, seeing—their coming pregnancy.

If you dream of taking a pregnancy test, you are questioning the viability of an idea or artistic venture. The result of the test, if you dream of a result, signals your inner intuition about how fruitful the idea really is.

0
Recent Definitions
We use cookies on our website to give you the most relevant experience by remembering your preferences and repeat visits. By clicking “Accept”, you consent to the use of ALL the cookies.
Do not sell my personal information.
Cookie SettingsAccept
Manage consent

This website uses cookies to improve your experience while you navigate through the website. Out of these, the cookies that are categorized as necessary are stored on your browser as they are essential for the working of basic functionalities of the website. We also use third-party cookies that help us analyze and understand how you use this website. These cookies will be stored in your browser only with your consent. You also have the option to opt-out of these cookies. But opting out of some of these cookies may affect your browsing experience.
Necessary Always Enabled
Necessary cookies are absolutely essential for the website to function properly. These cookies ensure basic functionalities and security features of the website, anonymously.
Functional
Functional cookies help to perform certain functionalities like sharing the content of the website on social media platforms, collect feedbacks, and other third-party features.
Performance
Performance cookies are used to understand and analyze the key performance indexes of the website which helps in delivering a better user experience for the visitors.
Analytics
Analytical cookies are used to understand how visitors interact with the website. These cookies help provide information on metrics the number of visitors, bounce rate, traffic source, etc.
Advertisement
Advertisement cookies are used to provide visitors with relevant ads and marketing campaigns. These cookies track visitors across websites and collect information to provide customized ads.
Others
Other uncategorized cookies are those that are being analyzed and have not been classified into a category as yet.
SAVE & ACCEPT
wpDiscuz
3
0
Would love your thoughts, please comment.x
()
x
| Reply